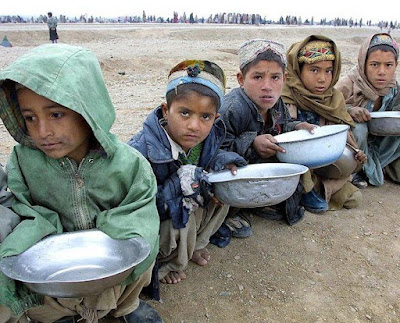 Prime Minister Imran Khan on Sunday issued a clear warning to the global community, stating that Afghanistan could potentially become the biggest "man-made crisis in the world" if it did not act now.

The premier expressed the views while delivering the keynote address at the 17th extraordinary session of the Organisation of Islamic Cooperation's (OIC) Council of Foreign Ministers to discuss the situation in neighbouring Afghanistan at the Parliament House in Islamabad.

Envoys from 57 Islamic nations as well as observer delegations are participating in today's session. The premier, who was the last to speak before the televised portion of the event concluded, began his speech by welcoming the participants to Pakistan.

"Forty one years ago, an extraordinary session of the OIC was held in Pakistan to discuss the situation in Afghanistan," he told the gathering, which also included Taliban foreign minister Amir Khan Muttaqi alongside delegates from the United States, China, Russia, the European Union and UN.

PM Imran said no other country had suffered as much as Afghanistan, adding that even before the Taliban seized control, half of the population was below the poverty line. He said that 75 per cent of the country's budget was also supported by foreign aid.

He noted that any country, in a situation similar to that of Afghanistan, would collapse.

Commending the other speakers for highlighting the gravity of the situation in the war-torn country, he said: "If the world doesn't act, this will be the biggest man-made crisis which is unfolding in front of us."

PM Imran said that the OIC also had a "religious duty" to help the Afghans.

Specifically addressing the United States, the prime minister said that Washington must "delink" the Taliban government from the 40 million Afghan citizens.

"They have been in conflict with the Taliban for 20 years but this [concerns] the people of Afghanistan," he said, adding that it was important to take immediate action.

He noted that the Taliban had to fulfill the commitments they had made to the international community, which included forming an inclusive government and ensuring women's rights.

"[However], the idea of human rights is different in every society," he said, giving the example of Khyber Pakhtunkhwa province which borders the war-torn country.

"The city culture is completely different from the culture in rural areas [...] we give stipends to the parents of the girls so that they send them to school. But in districts bordering Afghanistan, if we are not sensitive to the cultural norms, then they won't send them to school despite receiving double the amount. We have to be sensitive about human rights and women rights," he said.

He reiterated that Afghanistan was headed for chaos unless the world took immediate action. Such a situation will not suit the US because "chaos means the inability to fight terrorism," he said, adding that Pakistan also faced a threat from ISIL (Daesh).

PM Imran said that Pakistan was currently housing over three million refugees, adding that country was also providing shelter to more than 200,000 refugees who had overstayed their visas.

"The situation in Afghanistan means they can't go back. We are already suffering from the impact of the Covid-19 pandemic. We are not in a position to deal with a influx of refugees."

He questioned how poorer countries, that were still struggling to get their economic back up, would be able to cope with an influx of refugees.

Addressing the participants, the premier said he was impressed by the suggestions put forward by Islamic development banks for providing immediate assistance.

"I look forward to the fact that you will come up with a road map by the end of this evening," he said, reiterating that "chaos in Afghanistan suited no one".

According to an OIC resolution released after the meeting, the participating countries resolved to work with the United Nations to try to unlock hundreds of millions of dollars in frozen Afghan assets in a bid to tackle its growing humanitarian crisis.

Delegates said they would work “to unlock the financial and banking channels to resume liquidity and flow of financial and humanitarian assistance”.

The Islamic Development Bank would lead the effort to free up assistance by the first quarter of next year, the resolution read.

It also urged Afghanistan's rulers to abide by “obligations under international human rights covenants, especially with regards to the rights of women, children, youth, elderly and people with special needs”.

The 31-point resolution was short on specifics and gave no figure for financial assistance.