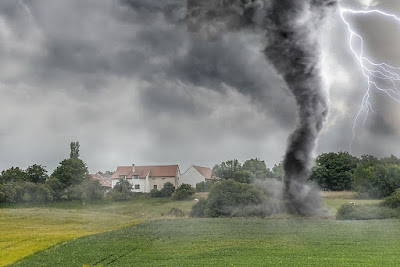 More than 50 people are feared dead after a catastrophic series of tornadoes ripped through Kentucky and other states late Friday and early Saturday, Kentucky Gov. Andy Beshear said.

"It's devastating," Beshear told a news conference early Saturday, adding that he had declared a state of emergency and activated 181 guardsmen from the National Guard.

"We believe our death toll from this event will exceed 50 Kentuckians and probably end up closer to 70 or 100 lost lives," he said. "We will make it through this," he added. "We will rebuild, we are strong, resilient people."

Beshear said four tornadoes, one of which stayed on the ground for more than 200 miles after touching down, had swept through the state. Almost 60,000 Kentuckians had been left without power, he said.

The city of Mayfield had been "devastated," he said, adding that a roof collapse at a candle factory had "resulted in mass casualties."

He later tweeted a letter he sent to President Joe Biden asking for "an immediate federal emergency declaration."