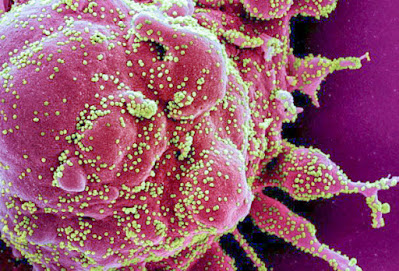 India is in the midst of a Covid third wave, officials have said, as the spread of Omicron has led to a doubling of cases in recent days and curfews being imposed on cities across the country.

“India is clearly in the third wave of Covid-19, and the whole thing seems driven by Omicron,” said Dr N K Arora, chairman of the Covid-19 working group of the National Technical Advisory Group on Immunisation, who cited the “galloping increase” of cases seen over the past week as evidence.

Officially, India has detected 1,892 Omicron cases but Arora said that Omicron probably now accounted for around 50% of the new Covid cases in urban areas, overtaking Delta as the dominant variant. In Delhi, 84% of sequenced cases were found to be the Omicron variant.

The highest concentration of Omicron cases are in Delhi and Mumbai and the mayor of Mumbai, Kishori Pednekar, said the city was preparing for a “tsunami” of cases. So far, the metropolis has registered almost 11,000 new cases and Pednekar warned that if it hit 20,000, they were likely to impose a lockdown.

The central government has advised all states to reactivate their Covid war rooms and strengthen health infrastructure, particularly around oxygen supply and hospital bed capacity.

In Delhi, 40% of hospital beds have now been reserved for Covid patients as the government announced a weekend curfew. Chief minister Arvind Kejriwal was among those who tested positive for the virus, a day after he had attended an election rally without a mask. The states of Punjab and Bihar have also imposed night curfews.

Soumya Swaminathan, chief scientist at the World Health Organisation, warned that “India could have a big surge. The next two weeks will tell us.”

Swaminathan warned people not to be complacent about the virus, which still had the potential to overwhelm India’s healthcare system, even if it was milder than the Delta variant, adding that it was “not the common cold”.

Currently 64% of India’s adult population is fully vaccinated, while 90% have had one shot, mostly of AstraZeneca. However, the government has been criticised for its failure to start rolling out booster shots quicker in the wake of omicron, which have been seen as crucial in other countries to preventing the spread and hospitalisation from the virus. From next week, vulnerable people, healthcare workers and those over 60 in India will be eligible for boosters.

Arora was among those making assurances that the third wave was unlikely to be as brutal and devastating as the second wave which hit India in April,which pushed the healthcare system to collapse, led to a nationwide shortage of oxygen and overwhelmed crematoriums due to the scale of the dead.

He pointed to the situation in South Africa, where there were a high number of cases as Omicron spread quickly through communities, but where most cases were mild or asymptomatic. The wave has now almost died down after a month. Arora said that the high seroprevalence in India from previous exposure to the virus – which in Delhi was as high as 97% – could also help curb the impact of the third wave.

“In view of this, we may see a somewhat similar pattern in India as far as the third wave is concerned,” Arora told Press Trust India. “Looking at the behaviour of the Covid infection in the last seven to 10 days in India, I feel that we may be in for a third wave peak very soon.”

In Goa, which had held off introducing any restrictions to avoid hurting the already beleaguered tourism industry, the state’s Directorate of Health Services said the third wave had hit the state on 28 December. Just days later, around New Year’s Eve, beaches in north Goa teemed with crowds of tens of thousands of people, leading to fears of a huge surge in cases in coming days.

Around 2,000 double vaccinated revellers, mainly from Mumbai, Delhi and Gujarat, who were on a New Year party cruise from Mumbai to Goa were held on the ship after 66 of them tested positive. Everyone on board was prevented from disembarking by the Goa authorities, so the boat was sent back to Mumbai, where tests were carried out and those who were positive were taken into institutional quarantine.