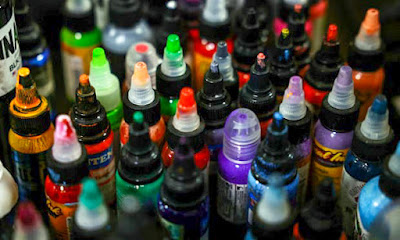 The UK government is to investigate the health risks posed by tattoo inks after the EU introduced a ban on a range of substances used in pigments on the grounds they are hazardous.

The ban, which came into force on Monday, has caused a crisis in the tattoo industry across the bloc, with trade associations warning it will “criminalise” artists and threaten the entire sector, which is already reeling from closures through the pandemic lockdowns.

The law does not apply to the UK as it came into effect after Brexit was sealed in January 2020 but it poses one of the first tests for the UK’s approach to regulation of laws affecting consumers since it achieved independence from the bloc.

The law limits the use of certain chemicals the EU says are hazardous, with some linked to cancer, reproductive difficulties and skin irritation, and which are contained in mixtures for tattoo inks and permanent makeup.

It is estimated that 54 million people across the EU have tattoos and the industry had a year to prepare for the ban.

The tattoo artist Tin-Tin, who heads the French tattoo industry union SNAT, told Reuters the new rules would drive people to parlours that do not respect the legislation. “It’s ridiculous. It’s like taking the flour from a bakery, it’s as stupid as that. If we don’t have any colours or ink to work with, what are we going to work with?” he said.

Dolores Murray, who owns Wild Cat Ink in Dublin, told RTÉ radio in Ireland the ban would affect about 4,000 substances used in tattoo inks, including isopropyl alcohol, a disinfecting lotion used in the process.

She read a statement from the European Society of Tattoo Pigment Research that said the ban was not argued sufficiently and would lead to the criminalisation of tattoo artists. “What we are looking for is a little time to try and get this whole mess sorted out,” she said.

A worker at one tattoo parlour in London said they had heard about the ban but had been given “no information” as to whether or not it applied in the post-Brexit UK.

EU laws up to January 2020 were incorporated into domestic law but those agreed since are not. However, the UK said it would take the scientific research in the EU into consideration.

A spokesperson for the Department for Environment, Food and Rural Affairs (Defra), which is responsible for the UK’s registration, evaluation, authorisation and restriction of chemicals (UK Reach), said: “UK Reach allows the UK to make its own decisions on the regulation of chemicals that are based on the best available scientific evidence, ensuring that chemicals remain safely used and managed.

“The government has asked the Health and Safety Executive [HSE] to prepare a dossier to review the risk posed by certain substances in tattoo inks and consider the case for introducing any restrictions,” said the spokesperson.

The UK government asked the HSE last March to consider the case for imposing any restrictions.

Defra said this was because the ink in tattoos could sometime cause health effects, most commonly skin reactions, such as irritation or sensitisation. It added that the restriction proposal “will consider … but is not limited to, substances that can cause cancer, are dangerous to reproduction, skin sensitisers and irritants”.

It would introduce its draft restriction dossiers in spring 2022, after which there would be a public consultation, it said. Defra added that if evidence showed there was an unacceptable risk to human health, it would impose bans on certain inks.