What is Hydrogen Fuel?

Could dumping save the Coral-reef?

Easy Ways To Save The Earth And Environment 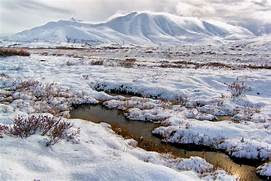 Life is difficult in the tundra, the coldest type of climate on Earth. Brief summers, long winters, brutal winds, little precipitation and bone-chilling temperatures limit the plants and animals that can survive in the tundra, but those that do are ingeniously adapted to the harsh conditions. Each tundra form—Arctic, Antarctic and Alpine—is a unique ecosystem composed of biotic and abiotic factors, eking out existence in places few humans could endure. Types of Tundra Location defines the three types of tundra. Arctic tundra is found in the Northern Hemisphere across Alaska, northern Canada, Greenland, Scandinavia and Siberia. Antarctic tundra is confined to the Antarctic peninsula, the large finger of land jutting from Antarctica toward Chile, which features the continent’s mildest climate. Alpine tundra is seen in mountain ranges above 11,000–11,500 feet; peaks in North America’s Rocky Mountains, the Alps in Europe and the Andes in South America are a few examples of Alpine tundra. 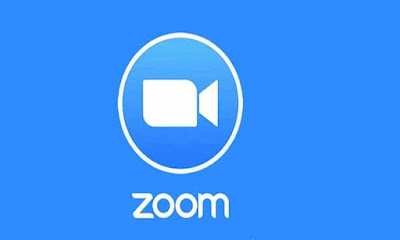 If video conferencing is the gold rush of the COVID pandemic, then Zoom is David to Google and Cisco's Goliath. Google has 120,000 employees. Microsoft has over 150,000 workers. Zoom has just a few thousand, yet its mobile app has been downloaded 485 million times, more than any of its competitors. Zoom should have never won this fight, so how did it do it? What Zoom did right was something really simple. It focused on delivering happiness. Eric Yuan used to work at Cisco WebEx, one of Zoom's main competitors. While there, he says he did not see a single happy customer. So when he left and founded his own company, Zoom, he made happiness a mission. And now the company's filters, from pig noses to fake moustaches sometimes become news headlines themselves. A year after becoming an integral part of daily life under COVID, Zoom is still competing with tech giants. It's had problems with security, not to mention the fatigue users experience after back-to-back meetings. Bu 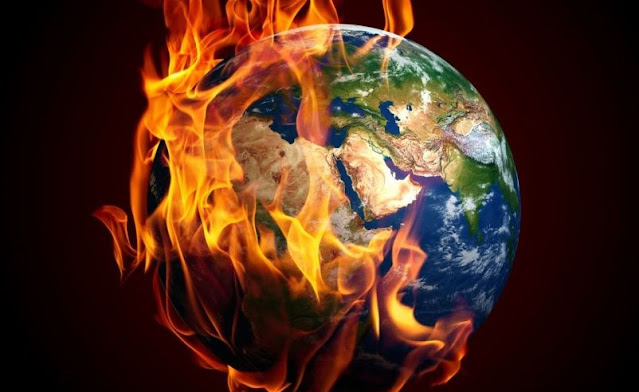 Why Our Planet Is Burning?

Why Our Planet Is Burning? Scientists attribute the global warming trend observed since the mid-20 th  century to the human expansion of the "greenhouse effect" 1  — warming that results when the atmosphere traps heat radiating from Earth toward space. Certain gases in the atmosphere block heat from escaping. Long-lived gases that remain semi-permanently in the atmosphere and do not respond physically or chemically to changes in temperature are described as "forcing" climate change. Gases, such as water vapor, which respond physically or chemically to changes in temperature are seen as "feedbacks." Gases that contribute to the greenhouse effect include: Water vapor. The most abundant greenhouse gas, but importantly, it acts as a feedback to the climate. Water vapor increases as the Earth's atmosphere warms, but so does the possibility of clouds and precipitation, making these some of the most important feedback mechanisms to the greenhouse effect. Ca 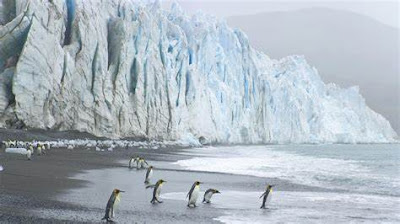 The economies of rich countries will shrink by twice as much as they did in the Covid-19 crisis if they fail to tackle rising greenhouse gas emissions, according to research. The G7 countries – the world’s biggest industrialised economies – will lose 8.5% of GDP a year, or nearly $5tn wiped off their economies, within 30 years if temperatures rise by 2.6C, as they are likely to on the basis of government pledges and policies around the world, according to  research from Oxfam and the Swiss Re Institute . The economies of G7 nations contracted by about 4.2% on average in the coronavirus pandemic, and the economic losses from the climate crisis by 2050 would be roughly on the scale of suffering a similar crisis twice every year, according to the research. The UK’s economy would lose 6.5% a year by 2050 on current policies and projections, compared with 2.4% if the  goals of the Paris climate agreement  are met. Other nations will be hit much worse, including India, whose economy will s 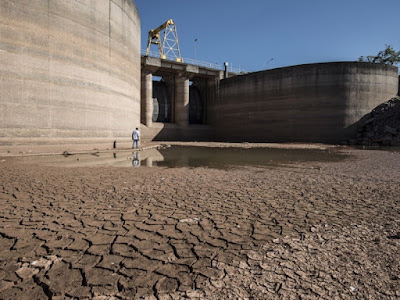 Brazil is in water crisis

Brazil has the largest amount of fresh water in the world. Two-thirds of what flows in the Amazon River alone could supply the world’s demand. Yet much of the nation now faces drought. It’s the worst in many decades in a nation that grows more than one-third of the world’s sugar crops and produces almost 15% of the world’s beef. This year, between March and May, dry weather in Brazil’s south-central region led to a 267 km 3  shortage of water held in rivers, lakes, soil and aquifers, compared with the seasonal average for the past 20 years (see ‘Brazil dries out’ and ‘Low water mark’). The result? Many major reservoirs have reached less than 20% capacity. Farming and energy generation have been hit. Since July, coffee prices have risen by 30% — Brazil accounts for one-third of global exports. Soya bean prices rose by 67% from June 2020 to May this year. And electricity bills have soared by 130%. Many cities face imminent water rationing. Brazil has the largest amount of fresh water in

What is Hydrogen Fuel?

Hydrogen is the lightest element in the universe and the most abundant, so on paper, hydrogen fuel has a lot going for it. Although it rarely exists on its own on Earth, it can be produced using clean energy to split essentially inexhaustible water molecules, producing only oxygen as a by-product. However, 96 per cent of hydrogen today is made directly from  fossil fuels  – mostly natural gas, followed by coal and then oil. This overwhelmingly uses a process known as steam reformation that releases carbon dioxide. Humanity produces around 70 million tonnes of hydrogen each year, mainly for use in making ammonia fertiliser and chemicals such as methanol, and to remove impurities during oil refining. Proponents of using hydrogen as a clean fuel think it could soon also play a vital role in decarbonising other sectors, including lorries, aviation, and heavy industry. Hydrogen acts as a chemical energy carrier, rather like oil or gas, that can be piped or transported to where it is neede 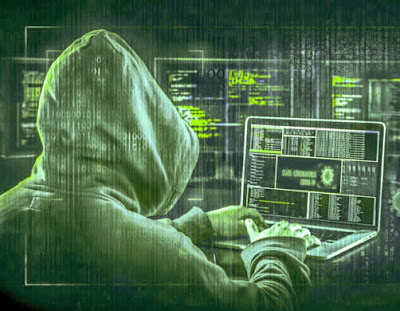 ALBUQUERQUE: For teachers at a middle school in New Mexico’s largest city, the first inkling of a widespread tech problem came during an early morning staff call. On the video, there were shout-outs for a new custodian for his hard work, and the typical announcements from administrators and the union rep. But in the chat, there were hints of a looming crisis. Nobody could open attendance records, and everyone was locked out of class rosters and grades. Albuquerque administrators later confirmed the outage that blocked access to the district’s student database — which also includes emergency contacts and lists of which adults are authorized to pick up which children — was due to a ransomware attack. “I didn’t realize how important it was until I couldn’t use it,” said Sarah Hager, a Cleveland Middle School art teacher. Cyberattacks like the one that canceled classes for two days in Albuquerque’s biggest school district have become a growing threat to US schools, with several high-prof 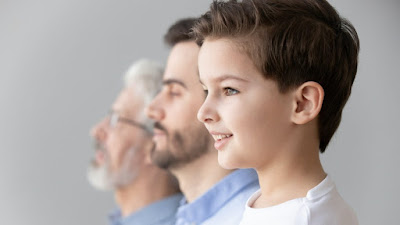 Immortality and everlasting youth are the stuff of myths, according to  new research  which may finally end the eternal debate about whether we can live for ever. Backed by governments, business, academics and investors  in an industry worth $110bn (£82.5bn)  – and estimated to be worth $610bn by 2025 – scientists have spent decades attempting to harness the power of genomics and artificial intelligence to find a way to prevent or even reverse ageing. But an unprecedented  study  has now confirmed that we probably cannot slow the rate at which we get older because of biological constraints. The study, by an   international collaboration of scientists from 14 countries and including experts from the University of Oxford, set out to test the “invariant rate of ageing” hypothesis, which says that a species has a relatively fixed rate of ageing from adulthood. “Our findings support the theory that, rather than slowing down death, more people are living much longer due to a reduction in m 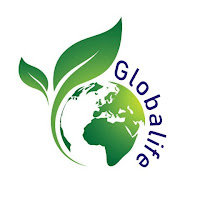